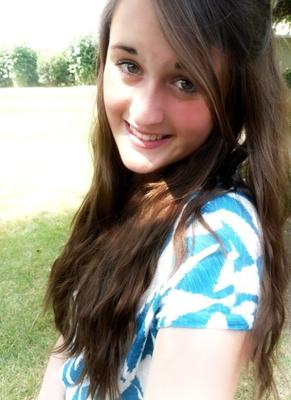 Last year at the end of my grade 11 year my life was going great. That is until I went through the rollercoaster of my life... I had a great group of friends, i was doing well in school, I had a job, was playing on my schools soccer team, and most of all I had a crush on a great guy. My anxiety started off slowly but it crept up on me and not realizing the warning signs I found myself in a really scary serious situation. Having this guy in all my classes was awesome, but it also triggered a lot of my anxiety. Every time I'd see him I would get nervous and I spent so much time thinking about him, our conversations, etc. The last week of school was both the best and worst week of my life.. I found out the guy I liked liked me back and it became public and it was really exciting but because I was thinking about it so much I forgot to eat and sleep. Each night I would sleep less and less and by the end of the week I couldn't function normally. I went to school and was delirious, I failed a summative and I slept in all of my classes, I was hallucinating. At the time, I didn't think much of it. I knew I had insomnia and thought I would just go home that night and sleep till I felt better, in fact me and my friends thought it was pretty funny.. well when I got home that night even though I was in my bed I still couldn’t sleep all night. The next morning I had a soccer tournament and I told my parents I felt sick and couldn’t go from lack of sleep. Well they didn't know I hadn't slept or ate for about a week so they made me go. Over the next few days they made me go out places despite my pleading to stay home, they thought I was being immature. When they realized something was really wrong and I was getting worse they took me to my doctor. By that day I could not tell what was real and what wasn't, that morning I remember walking past my dad and asking my mom if he was home because I could not tell if he was real or not. I felt like I was dying. When I got to my doctors office she sent me straight to the E.R. There I talked to 3 different psychologists, I told them my physical symptoms that included chest pains, dizziness, chills, nausea, diarrhea numbness, sweating, and feeling weak. After performing a number of tests on me they determined it was anxiety and gave me pills. I remember being so desperate for them to give me a pill, anything to put me to sleep because I felt every minute ticking by was one minute closer to when I was going to die. The next few weeks after that were insane, I thought I would be better within a week but it took the whole summer to really start feeling back to normal. My anxiety lead to so many strange thoughts, it brought a whole new meaning of what anxiety meant to me. It is so much more complicated then what people think. It is not just overload of stress and a "mental" thing. Serious anxiety can have horrible physical symptoms and lead to so much fear you cannot function. After a few weeks I got put on a different medication for long term anxiety and got set up with a psychologist. 6 months later and I am still on my medication and I am doing very well. I know I will always have anxiety but now I know ways to deal with it. I hope to help people know that they are not alone because I know I felt very alone like I was the only one who knew what it felt like. I hope to help people recognize the warning signs so they don't have to get to the serious situation I got to, and for people to realize there are great treatment options out there including relaxation tapes, therapists, and medication.